CRI seeks out the most knowledgeable, innovative, and experienced personnel to build our team, enabling us to provide distinguished service to our clients. Our challenging technology projects draw top talent from around the country. CRI, professionals are prepared to assist clients in staying ahead of industry challenges with Project Management Professional (PMP), Information Technology Infrastructure Library (ITIL) v4, and Help Desk Institute (HDI) certifications.

CRI is headquartered in Boise, ID with offices in Idaho Falls, ID, Reston, VA, and Albuquerque, NM.  We currently employ over 100 industry-leading professional consultants, and have consistently delivered excellence and expertise in the latest business and technology solutions to government agencies and Fortune 100 businesses around the world. 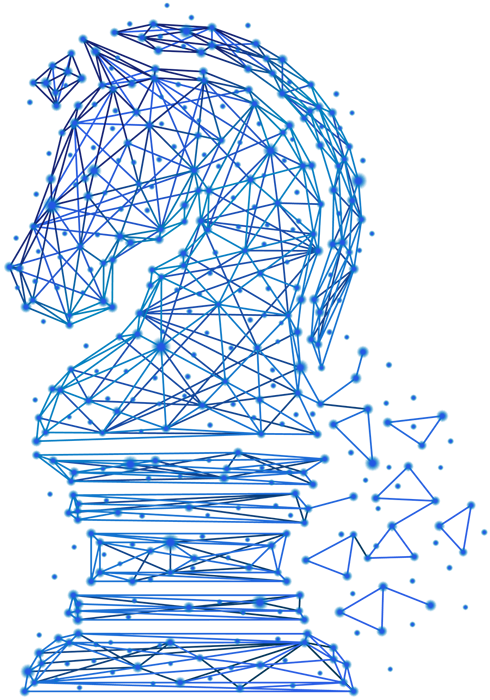 Current Chairman of the Board and former CEO, Gary Brookshier, acquired CRI in 1995.    Usage of the internet grew exponentially during this time followed by the “Dot.com” boom of the late 1990s.  Accordingly, CRI’s revenues and employment base blossomed.  By 2000, CRI had grown to 130 employees and in their May 29, 2000 edition, Forbes Magazine named CRI as the second fastest growing Boise firm.

CRI became positioned as a company with diverse services, expertise in complex technology, and a philosophy of treating employees well.  CRI assisted clients in transforming business processes and developing and managing their mission critical business systems ranging from financial, procurement, and messaging, to data warehousing, analytics, and portals.  CRI served a wide range of customers including start-ups, agencies, and Fortune 100 clients such as HP and Merrill Lynch.

In the early and mid-2000s, CRI began to diversify into the government arena, focusing on business process transformation, IT optimization, and managed services.  Significant contracts with the U.S. Department of Energy, Idaho National Laboratory, the U.S. Department of Homeland Security, and the States of Idaho, Montana, and Nevada resulted in numerous business process engineering and enterprise re-architecture and optimization engagements.

Nominated by Idaho National Laboratory, CRI received the U.S. Department of Energy’s Small Business of the Year award in August 2009 for “creative, unique, and extraordinary performance” in support of the INL mission objectives and requirements.

In 2010, CRI was named a Protégé of Unisys Corporation as part of the Department of Homeland Security’s Mentor Protégé Program.

Between 2012 and 2017, CRI led a $60 million mission support contract for the U.S. Department of Energy’s Office of the CFO to manage the “iManage 2.0 Program,” which supports all of DOE’s Corporate Business Systems.  CRI led a team of both large and small business on this engagement including Ernst and Young, Accenture, Edgewater Federal Systems, and eGlobaltech.

In 2013, CRI was awarded the re-compete of the Idaho National Laboratory’s Technical Support Services Contract providing information technology help desk and end user support to over 5,000 employees and contractors of the 894 square mile Laboratory.  Over the next several years, the scope of this contract grew to include Cyber Security, Software Development, Project Management, Business Analysis, Change Management, High Performance Computing (HPC), Networking/Telecommunications, and National Security Work for Others (WFO).

In 2017, CRI was awarded a contract to provide operations and maintenance (O&M) of the Department of Homeland Security’s Infrastructure Protection Gateway (IPG) information systems. The DHS National Protection and Programs Directorate, Office of Infrastructure Protection (IP) leads the coordinated national effort to protect critical infrastructure from all hazards by managing risk and enhancing resilience through collaboration with the critical infrastructure community. Information systems play a vital role in allowing Federal, State, local, tribal, territorial, and private sector partners to identify, analyze, and manage risk to protect the Nation.

In 2018, CRI split the company into two divisions, Services and Solutions.   The Services Division provides IT Services that integrate seamlessly with customers following a specific Statement of Work or Service Level Agreement.  The Solutions Division provides ServiceNow Implementation and Development as well as Cybersecurity Assessments and Continuous Cyber Protection.  CRI became a ServiceNow Gold Partner and provides ServiceNow ITSM, ITOM, and various modules and workflows for customers, utilizing customer or CRI-owned instances.

Podcast: Cyber Security Threats for Your Business in 2021

CRI Advantage has been a leader in cybersecurity, risk management, and security professional staffing for businesses, federal agencies, as well as state and local government departments for more than 25 years.

Our security engineers have Certified Information Systems Security Professional (CISSP) and related certifications and are proficient in forensic, discovery, network analysis, IA certification, and exploit tools.
When you work with CRI, you are bringing cutting edge technology with the knowledge and experience to implement the most efficient processes to your team. Whether you are a small, medium, or large business – we can help.
Schedule Your Consultation